From Shame through Grace Headed to Glory

VivianK came to GCI-Central seeking a home and acceptance from a life that had rejected her, and where she had rejected herself. Today she stands proud to give her testimony, recounting her victory over sexual immorality and how Christ fought for her. She tells her story to Bether on her battles and triumphs.

She begins by saying we call her VivianK.

She explains that her story embodies one of those topics that nobody likes to talk about, preach about, think about, or event write about, because the society has for long taught that the topic is taboo.

But VivianK dares to differ, “the reason for not speaking about this topic is because that’s what the devil wants,” she says. For VivianK telling her story has many implications. It has the capacity to affect her children, her family, her friends, her society, and her neighborhood. But she says deep within her she knows her fears are born of the enemy shutting her down one more time. She dares to speak out on the topic of Sexual Immorality.

VivianK believes she represents millions of women silently dying inside, women that are “broken, wounded, grieved, depressed, and stuck”, afraid that the society will continue to censor them; hence, they choose to run away from it.

She knows that the Devil is like a lion looking for someone to devour, and sexual immorality was the weapon he used to devour her. She categorically states, “the Devil is a liar. John 10:10”. VivianK was introduced to sexual immorality (which she calls the lion) at the age of 5 years. “It was able to grab me from my not very strong family which had no knowledge of the traps of the enemy.” She tells me she is not sure who introduced her.

At age 5, VivianK was left at her grandmother’s place as her mother went college, and believes this is where she was introduced to immorality. She remembers it was like an addition. “The lion sported me from a far as I was alone and young. It offered me what I was searching for but it came in the form of sex. Sex is the world’s version of love. Yet only God is Love.”

“My precious childhood was taken away, my innocence, my virginity, my life, and worst of all, my soul was sold out yet nobody knew, not me, not my parents, not the church. BUT GOD”

For VivianK the cactus is symbolic, she remains strong despite the years of thirst 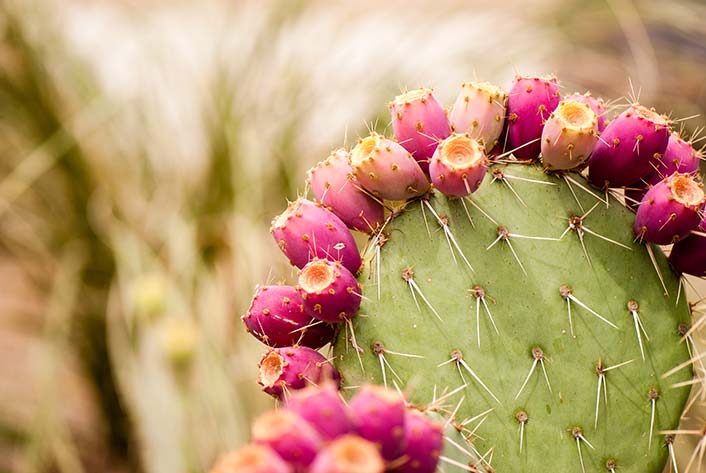 Gradually she developed antisocial behavior, became secluded, and began feeling that people had rejected her. She had a problem relating with others, and “became very arrogant while looking very innocent.” She notes that on the outside she lacked courage but on the inside she was daring as she continued to struggle with the challenge of lust. VivianK calls her youth a difficult time marked by struggles with poor self-esteem, arrogance, and rejection.

When she found a job, she began living a high life, “I tried expensive clothes, I used taxis instead of matatus. I lived beyond my means as I tried to fix myself, and instead ended up in debt.” “For many years I suffered, alone, confused, I could not keep jobs, I was always depressed, my soul was wounded, and however I tried, I never succeeded in anything.”

At the time she got pregnant and chose to have an abortion adding to her wounds. She got pregnant again, and this time was forced to marry the man ushering her into a painful marriage that was on and off. During the marriage, she found Christ a number of times, but kept backsliding as she did not understand salvation. “To me it (salvation) was supposed to be an instant fix to my broken life. Which was not.”
Between 2005 and 2010, VivianK suffered a stroke, got into depression, and erratic behavior. Her husband also left her and he remarried. “My husband was fed up and tried the best he could but I was unbearable.”

During these struggles her family was silent, and her in-laws and friends had rejected her. “I lost career, marriage, finances, church, friends, but worst of all I lost myself.”

As a solution to the rejection and pain, she choose to commit herself to a mental hospital, but before she took the drugs she found a friend that prayed for her. VivianK recounts that Christ then became her only friend. “It was scary to trust in God, but I learnt to trust somehow. John 3: 16”. Pastor Rose Kirungu introduced her to the NGCI family, and she notes this was the beginning of her greatest victory. “I felt at the feet of Jesus,” she says. Later she became a member of NGCI.

“Today, Glory to God, I am not depressed, I am not in pain, I have seen God deliver me step by step from all uncleanliness, I am a new creation. I am learning to live with people, learning to trust and to depend on God. God has blessed me with new friends in our Remnants Fellowship group and I count it all as blessings. 2017 has been my year of deliverance. Today I am in my Father’s house where I left at 5 years, and I know that my deliverance is not just for me but for my family too. NGCI is a deep well where God led me. The shark I am could not thrive in a shallow well.”

Today VivianK stands a victor for Christ, a warrior that is ready to fight, and with her trust in Christ—A friend who sticks closer than a brother.

WHOSE DREAM ARE YOU LIVING?